Fighting For Democracy, Protecting The Vote

While local and national elections have long been a source of struggle for black, indigenous and other people of color (BIPOC), the 2020 election season involves unique challenges to voter participation.

Already the primaries have been impacted by the COVID-19 crisis with voters in some states denied an opportunity to vote. Some advocates highlight that new voter registration has been nearly eliminated with the closing of DMVs, libraries, and other traditional registration locations.

We must not let the opposition forces use this pandemic to steal the 2020 elections. With its many challenges, the crisis requires expanded advocacy and collaboration and more impactful strategies to address voter suppression and the long-term issues regarding access to the ballot.

Advocates have called for expanding options for voting, including mail-in, virtual, and even telephone-based voting. NCBL will bring together experts who will evaluate the pros and cons of these options and use this current crisis as an important opportunity for change and to expand ballot access for incarcerated and returning citizens.

* Juneteenth commemorates the announcement of the abolition of U.S. slavery for enslaved Africans on June 19, 1865.

Our distinguished panelists have a long and brilliant history of fighting the discriminatory and suppressive voting attacks and will discuss the importance of why we all must exercise our most fundamental right to vote. Our panelists will also look at the critical issues for voters in this 2020 election and what we will need to do to prepare. We will discuss the following:

Barbara R. Arnwine, Esq, President & Founder of the Transformative Justice Coalition, is internationally renowned for contributions on critical justice issues including the passage of the landmark Civil Rights Act of 1991 and the 2006 reauthorization of provisions of the Voting Rights Act.

Currently, she also serves as Co-Chair and Facilitator of the National Commission for Voter Justice, the Millennial Votes Matters Convenings and the Voting Rights Alliance.

She also created the legendary Voting Rights “Map of Shame” in 2011, which exposed the new modern wave of voter suppression in the states. Her groundbreaking civil rights and human rights advocacy has been honored with many prestigious awards. She is the radio host of Igniting Change and is a regular presence in the national media, and is often quoted in the press.

Ms. Arnwine’s work also includes immigrant rights, judicial diversity, criminal justice reform, racial profiling, health care disparities and LBGTQIA rights. A prominent leader in the civil and human rights community, she fights for the preservation of affirmative action and diversity programs. She is also an outspoken voice about the need for reparations for African Descendants in the Americas.

In addition to Ms. Arnwine’s instrumental work leading to the passage of the 1991 Civil Rights Act, she has served in numerous other prestigious capacities, including international civil, human and women’s rights matters. Under her leadership, during her previous years at the Lawyers’ Committee and now currently at the Transformative Justice Coalition, she has participated in monitoring treaty compliance and responding to reports written by the United States regarding the requirements of both the International Covenant on Civil and Political Rights and the International Convention on the Elimination of All Forms of Racial Discrimination following the United Nations (UN) Human Rights Council’s Universal Periodic Review.

Ms. Arnwine is a prominent founder of Election Protection (EP), the nation’s largest nonpartisan voter protection coalition, launched in 2004 to assist historically disenfranchised persons to exercise the fundamental right to vote. Today, the coalition consists of more than 100 organizations and thousands of attorney volunteers.. The EP Hotlines, 1-866-OUR-VOTE and 1-888-VE-Y-VOTA, are the centerpieces of the program and over the years have received hundreds of thousands of calls in during election cycles. Additionally the EP and Lawyers’ Committee websites and social media received millions of visits over the years.

In early 2011, Ms. Arnwine and the Lawyers’ Committee began tracking suppressive voting legislation nationwide, and created the now well known “Map of Shame,” which served as a wake-up call to the American people about states’ proposals or disenfranchising legislation that primarily threatened the right to vote of minorities; students; low-income, disabled and elderly persons. Ms. Arnwine was at the vanguard of speaking out about this injustice and educating the public about these efforts to undermine our democracy – when no one was paying attention, including the mainstream media.

Ms. Arnwine served as the national convener of the National Conference on African American Women and the Law held in Washington, D.C. and subsequently led a delegation to the UN’s NGO Forum and Fourth World Conference on Women in Beijing. Her efforts there contributed to a UN Platform for Action that provides protection for women who confront multiple forms of discrimination.

She convened the third national conference of African American Women in the Law in Washington, D.C. Some 250 participants in 15 workshops provided input into the preparation of a Report and Action Agenda for advocacy before the UN General Assembly Special Session on Women. She continues to lead the efforts of the African American and the Law Conference series, including a convening in October, 2016 and a planned convening for 2018.

Her other national and international activities and recognitions include the following:

In 2001, Ms. Arnwine represented African descendants from the Americas in helping to draft provisions of the program for action of the UN World Conference Against Racism, Racial Discrimination, Xenophobia and related Intolerance in Durban, South Africa…

She has also received numerous national, regional and local awards. She was the recipient of the National Bar Association’s Equal Justice Award and the C. Francis Stradford Award in 2007, the highest honor bestowed by that organization…

In 2008, Ms. Arnwine was selected as a prestigious Rockwood Institute Leadership Fellow…

In 2009, Ms. Arnwine received two prominent awards: the Washington D.C. Freedom’s Sisters Award (sponsored by Ford Motor Company, the Smithsonian Institution and Cincinnati Museum Center which honors contemporary leaders who have fought for equality for people of color) and the Keeper of the Flame Award from the Boston Lawyers’ Committee…

In October 2011, she was one of five international recipients of the prestigious Gruber International Justice Prize for her excellence in defending and promoting civil rights and gender equity throughout the U.S…

March 2013, Trice Edney Communications, LLC honored her with its inaugural Stateswoman for Justice Award. In May 2013, she received the Leadership Conference on Civil and Human Rights’ coveted Hubert H. Humphrey Civil and Human Rights Award. Later that year, she received the Feminist Majority Foundation’s Fearless Trailblazer Award and during the Congressional Black Caucus Foundation’s (CBCF) 2013 Annual Legislative Conference, the CBCF, the women members of the CBCF and the Sojourner Truth Legacy Project awarded Ms. Arnwine with the Sojourner Truth, “Woman of Truth” Award…

Ms. Arnwine is a featured columnist with Trice Edney News Wire and serves as a frequent conference orator. She has penned numerous articles and is regularly quoted and featured by national and local media outlets such as the American Bar Association (ABA) publications, the New York Times, the Washington Post, MSNBC and NBC Network News, Rev. Jesse Jackson’s “Keep Hope Alive” radio show, Sirius Satellite Radio shows, BET, TV One, Radio One and other major national and local media, including many African American newspapers, magazines, radio stations and Websites. She is active on social media on Twitter and Facebook.

Ms. Arnwine is a former Board member of the National Coalition to Abolish the Death Penalty and serves on the board of directors of MomsRising and the African American Policy Forum. 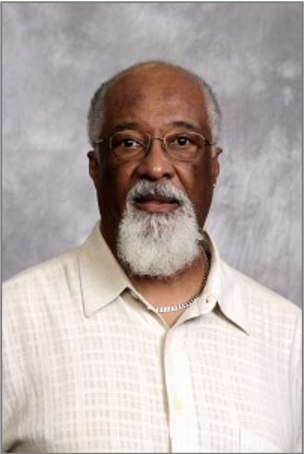 Irving L. Joyner has worked as a Professor at North Carolina Central University (NCCU) School of Law since 1982. From 1984 to 1992, Joyner served as the Associate Dean of NCCU School of Law. He regularly teaches courses in Criminal Law; Criminal Procedure; Civil Rights; Race and the Law; Professional Responsibility; and Trial Practice. As a member of the faculty, Professor Joyner serves on a number of Law School and University committees.

Professor Joyner has written three editions of his book, Criminal Procedure in North Carolina which is published by LexisNexis Publishing Company. He regularly prepares annual supplements to that publication. The first edition was published in 1989, the second in 1999 and the third was published in 2006. Additionally, Professor Joyner has written a number of articles and manuscripts for continuing legal education programs. He speaks and lectures regularly at legal education, civil rights, political empowerment and educational advancement programs.

Professor Joyner provides pro bono legal counsel to several political, religious and community organizations and to needy individuals in civil rights and criminal appeals cases. He serves on several State study commissions and agencies and in leadership roles with a variety of community groups and organizations.

This service includes a five year term as the Vice-Chairperson of the 1898 Wilmington Race Riot Commission. He is also a regular legal commentator for local, state and national media primarily in the areas of law, politics, civil rights and racial justice.

For the past ten years, he has co-hosted the highly acclaimed “Legal Eagle Review” which is dedicated to a discussion of current local and national legal issues and is heard each Saturday morning on WNCU 90.7 FM.

Professor Joyner and his family are members of the Ebenezer Missionary Baptist Church in LaGrange, N.C., the church in which he was raised and now serves as legal counsel and advisor.

Coronavirus (COVID-19) and the Movement for Black Liberation