PROFILES OF ATTORNEYS IN THE STRUGGLE

The NCBL Educational Project is a preliminary effort to capture some of the rich history and background of the lawyers who stepped forward to be part of the National Conference of Black Lawyers from the beginning. They recognized the importance of collective work to address the many challenges confronting their communities. One of the things I found most fascinating while editing the profiles is the rich diversity of experiences that made up NCBL’s membership and leadership.

Sometimes as we get caught up in the day-to-day struggles, we often overlook the tremendous pool of skills and talents amongst us. We hope to expand this project to include other profiles of NCBL members and to have the information available on the website.

NCBL has been in existence for over 40 years and has had incredible successes in a number of areas, yet there is still much work to be done.

Our challenge now is to make sure that we continue to reach back and reach out to African American law students and lawyers. There is value in diversity of opinions since we each have our own experiences and understandings. It is in the sharing of those opinions and experiences that good strategies are developed.

Special thanks and appreciation to Ande Durojaiye, J.D., a 2009 Georgetown Law School graduate from Lithonia, Georgia, who provided the research for this project.

Their clients included United Mutual Life Insurance Company and Allied Federal Savings & Loan in Queens. In 1970, Mr. Alexander was appointed a Civil Court judge, and also served in the State Supreme Court's Criminal Branch and in the Appellate Division.

In 1985, when Gov. Mario M. Cuomo appointed him to the State Court of Appeals, he became the first black to serve on that court in other than an interim capacity. In 1992 he became deputy mayor of New York City.

While a student at Dartmouth University, Fritz Alexander interviewed Duke Ellington and wrote an article about Ellington's upcoming performance on campus. 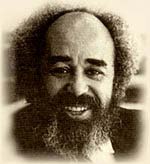 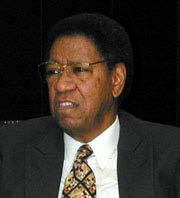 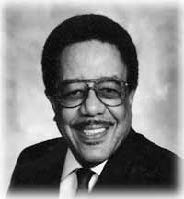 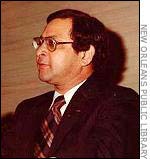 The National Conference of Black Lawyers (NCBL) is an American association, formed in 1968, to offer legal assistance to black civil rights activists. NCBL is made up of judges, law students, lawyers, legal activists, legal workers, and scholars.

NCBL expanded from African-American oppression to help other groups in countries like Northern Ireland, the Palestinian territories, Cuba, Nicaragua, Guyana, Grenada, and throughout Southern Africa.

Our mission is: "To protect human rights, to achieve self-determination of Africa and African Communities and to work in coalition to assist in ending the oppression of all peoples."

NCBL is a bar association whose primary focus is on the welfare of the Black community.

We are the legal arm of the Movement for Black Liberation.